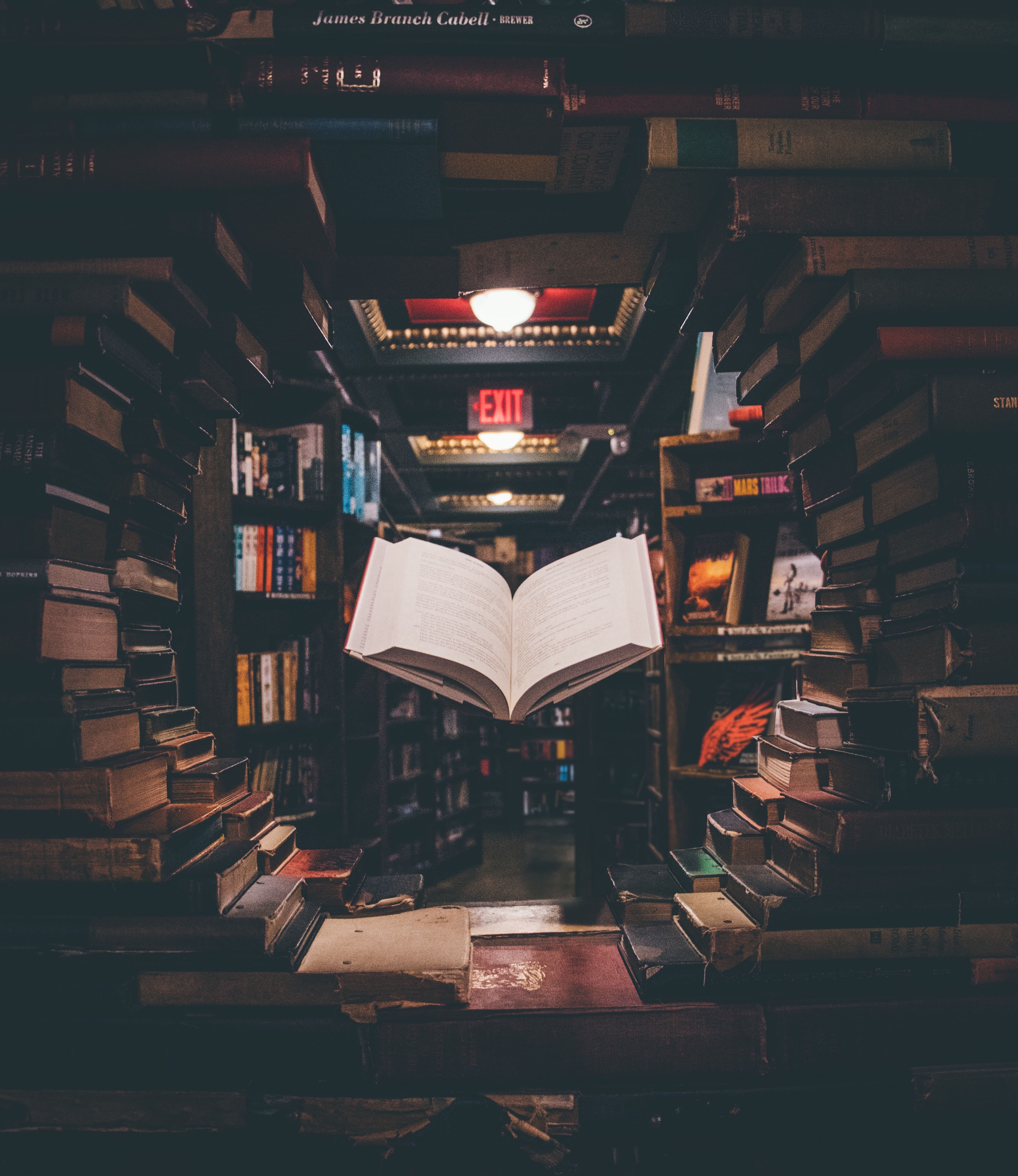 The AAR is almost here and that means book pitches! Reach out to Mark and Kristy if you’d like to meet: 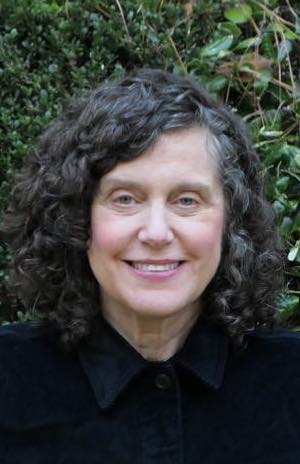 Happy retirement to Elaine Maisner, Executive Editor at UNC Press and Press Sponsoring Editor of Where Religion Lives! Thank you for making this series what it is today.

Elaine retires after more than 35 years in the publishing industry, almost 28 of which were spent at UNC Press. Elaine is a rockstar of a human being and editor, having published numerous scholarly and general interest books that shaped and influenced understanding in religion, Latin America and the Caribbean, and food studies. Mark Simpson-Vos will take over Elaine’s role as Press Sponsoring Editor of the Where Religion Lives Series. 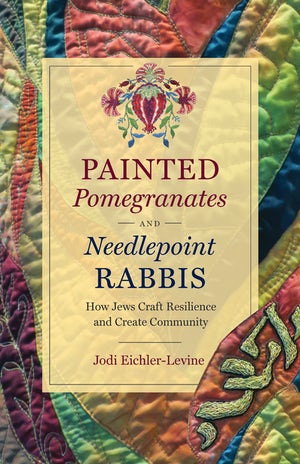 “Painted Pomegranates and Needlepoint Rabbis is an engrossing, and for the most part, ethnographic study of power of homemade, crafted objects to create a deeply felt sense of memory, identity, and Jewishness. As described by Eichler-Levine, these objects underscore the existence of a Judaism that is fluid and at times revolutionary, rooted in creative freedom that is spiritual even when diverging from the norms of rabbinic Judaism.”–AJS Review

Jodi Eichler-Levine’s Painted Pomegranates and Needlepoint Rabbis was selected by the American Academy of Religion as an award finalist in the Religion and the Arts Book Award category. Congratulations!

“Eichler-Levine’s compelling account of how to experience religion outside the traditional spaces of focus illuminates how American Jews create and craft a Judaism as a form of resilience, a material encounter with memory, and a physical desire for continuity. This book is testimony and witness to these lives and to these practices.”—Ken Koltun-Fromm, author of Imagining the Jewish God

“A tactile engagement with religion and crafting, in which handmade objects convey ancestral relationships across the generations. . . . A fascinating argument for crafts as a conduit to memory and as an aide to healing.”–Library Journal

“The interweaving of the personal and professional allows Eichler-Levine to walk the reader along an analytical path that appreciates deeply what it examines and which pairs insight with empathy. . . . Because the ethnic, cultural and demographic limitations of her study are taken as an opportunity to reflect on the diversity of gender and Judaisms, the explorations of Painted Pomegranates and Needlepoint Rabbis have much to give to other fields of ethnography-based studies of religion.” —Jewish Culture and History

“The book can be enjoyed by both academics in fields of religion who employ oral histories for much of their research and laypeople as the conversational writing style makes the book highly accessible.”–Atlanta Jewish Times 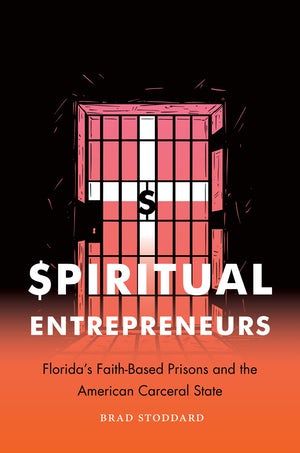 “[A] vibrant study. . . . an intelligent take on an under-the-radar niche in the American prison system, and one that will raise eyebrows with readers interested in the intersection of faith and justice.”–Publishers Weekly

“In this stellar book, Brad Stoddard deftly describes the private faith-based interventions taking place in state prisons and the complicated ideology of the mainly conservative politicians and evangelical Christian religious leaders who support them.”—Tanya Erzen, author of God in Captivity

“On the cutting edge of American religious studies, Spiritual Entrepreneurs breaks new ground and is a must-read work for anyone interested in the connections between neoliberalism and religion in the contemporary United States. Brad Stoddard’s engaging and detailed ethnographic approach clearly supports his well-articulated argument.”—Sean McCloud, author of American Possessions: Fighting Demons in the Contemporary United States 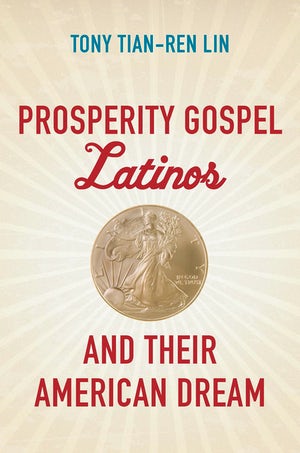 Tony Lin’s Prosperity Gospel Latinos and Their American Dream received a wonderful review from Publishers Weekly! Read what they had to say:

“In this evocative debut, Lin, a New York Theological Seminary professor, contends that many Latinx immigrants, especially the undocumented, seek in Prosperity Gospel Pentecostalism a complex set of blessings: wealth, but also integration, psychological strength, and survival. While the initial appeal of the Prosperity Gospel seems easy enough to understand, he writes, many have wondered why people—especially poor immigrant populations—remain committed to a faith that promises financial blessings but never seems to deliver. To find out, Lin attended services and conducted extensive interviews with the congregations of three prosperity churches in Virginia, California, and New York between 2005 and 2007, and uses close observations and interview responses to immerse readers in the lives of his subjects. Lin argues that “the dream lives even if it never materializes” because to dream is itself a miracle, and to pursue the dream is itself an achievement. Notably, though the faith demands financial offerings, no one Lin spoke with said they had incurred financial hardship as a result, and that it was left to them to decide what is an appropriate sacrifice, evidence of the personal autonomy facilitated in church congregants. Lin’s well-reasoned work makes a strong case that the Prosperity Gospel provides a way for immigrants to survive, remain liberated, and pursue their American dream. (Aug.)” 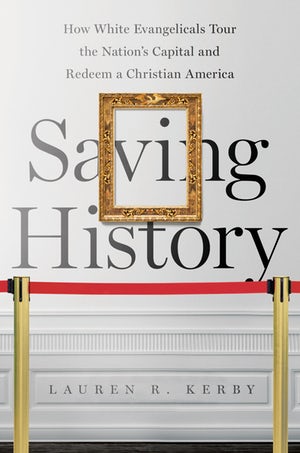 Saving History: How White Evangelicals Tour the Nation’s Capital and Redeem Christian America, the first book in our series, received a starred review in Publishers Weekly. Here is what the reviewers had to say about Lauren Kerby’s upcoming book:

“Kerby, religious studies scholar at Harvard Divinity School, explores in her excellent debut the historical and political narratives crafted and reinforced by Christian heritage tourism in Washington, D.C. Using field research and interviews, she discovers that tour guides and tourists share a common set of beliefs about the role of white Christian evangelicals in American history—formed through Christian nationalist literature, such as Peter Marshall and David Manuel’s 1977 bestseller, The Light and the Glory—which shape their encounter with D.C. long before they set foot in the capital. Kerby explains how white Christian evangelicals understand themselves as the rightful religious and political heirs of America’s founders, as moral leaders in exile, as victims of secularizing agents who seek to erase Christianity from the public square, and as rightful saviors of a nation in spiritual and political jeopardy. Her interviews reveal that Christian heritage tourism has an explicit political purpose, encouraging a “restorative nostalgia” in participants who are “tasked with learning the nation’s Christian history and using it to restore the nation to its previous Christian ideals.” Thoughtfully documenting and reflecting upon the contours of a uniquely American subculture, this ethnographic study will appeal to anyone interested in the pull of American Christian nationalism.”